When it comes to cleaning our cars, we’re a nation of slobs!

We polled 1,006 UK car owners to find out their attitudes to car cleanliness, and discovered that 61% of car owners wait longer than a month before cleaning the inside of their cars, with a shocking 7% admitting to only cleaning their car’s interior once a year, or never at all.

In light of this, we’ve been on a nationwide hunt to track down Britain’s messiest cars, hosting a photo competition with hilarious results – from mobile wardrobes on the back seats to apple cores all over the dashboard. 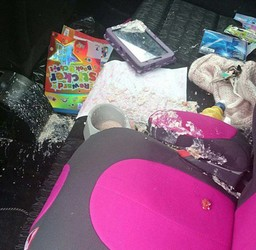 Jenny Dimmock, from Worcester, explained she learnt the hard way that milkshake and travel sickness don’t mix well: “I almost don’t need to explain this one! We were going to visit my grandparents in Birmingham and my daughter had just drank a milkshake before we left… I really wish she hadn’t!” 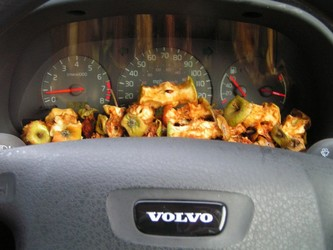 Geraldine Sykes, from Solihull, explained just how much her love of apples has taken over her car: “Core blimey! This is the in cider my car and it doesn’t get any better – juice wait until you see the rest of it. I am always chomping on apples and other fruit as I drive along resulting in quite a composting effect…” 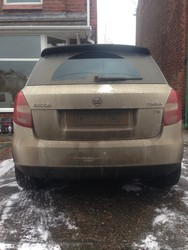 Mike Larmey explained that his wife is to blame for this particularly dirty car: “This is our little runaround that the wife uses when she has the dogs. We bought it brand new and here it is a year and a half later having never received a wash.” 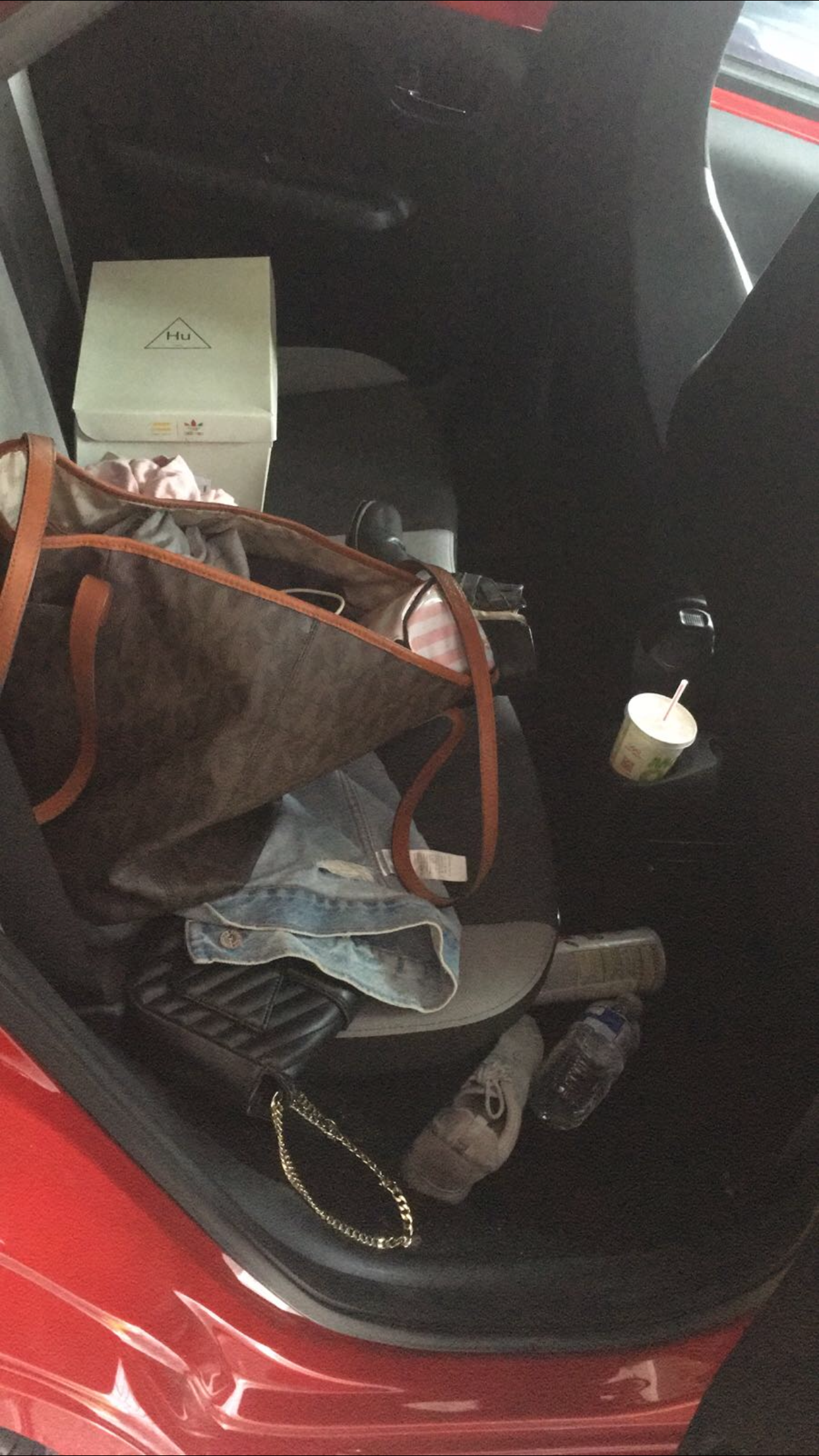 Beth Phelan, 23 from London, explains that this picture doesn’t even get close to her usual standards of cleanliness. “This is my car when it’s clean! I just find it really hard to put things away, or clean up after myself – it’s much easier to just throw it on the floor. If you think my car is bad, you should see my room.” 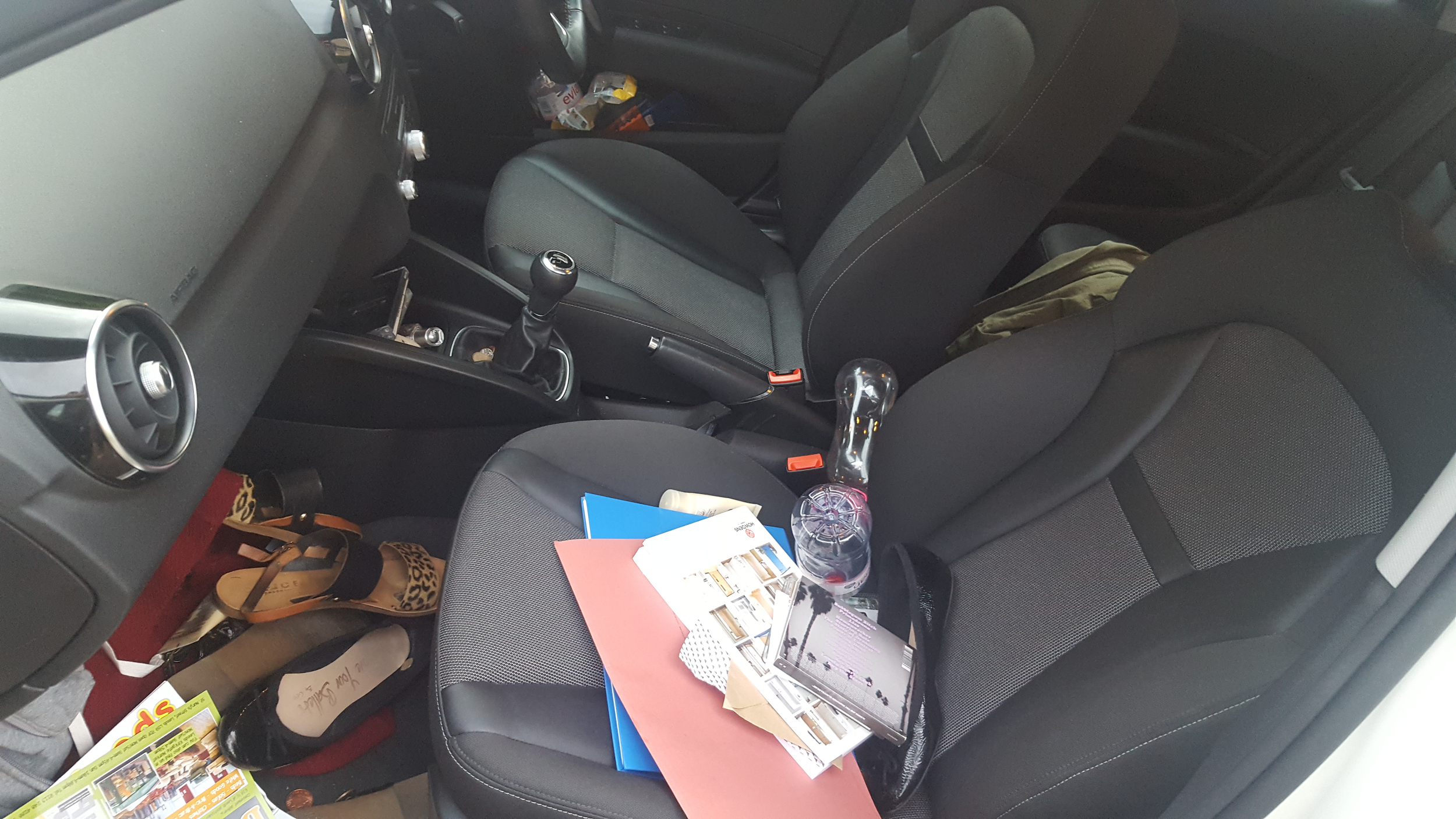 Alice Bennett’s crazy work schedule has turned her car into a travelling wardrobe. She explains: “I travel a lot for work and to see friends so always seem to have clothes and shoes in my car just in case. My boyfriend calls it my mobile wardrobe! I clear it out every so often but it builds up pretty quickly. Most people find it funny but it is embarrassing, sometimes.” 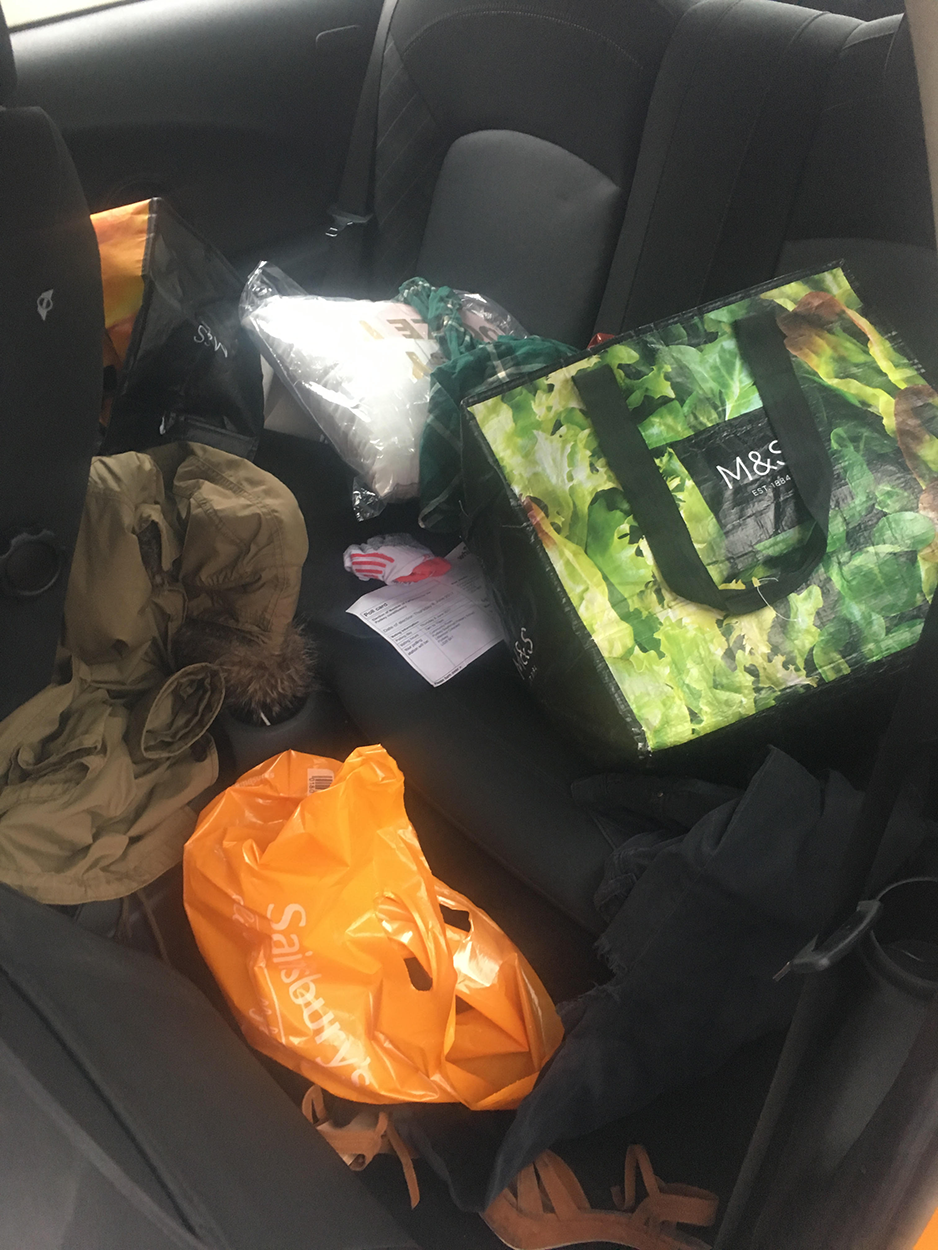 It would seem using your car as a mobile wardrobe is increasingly popular, with nearly half (48%) of people surveyed saying they store clothes in their cars, as Hannah Lees, who works in sales, knows well. “My car is basically my second wardrobe, I am always going to various meetings and pitches last minute so I always keep a backup outfit and shoes on my back seat!” 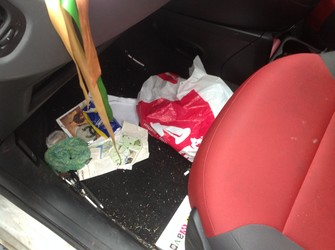 Joyce Julianne explains that the state of her car often leaves her feeling embarrassed: “I don;t know how it ends up like this, but last time I took it for a service, I asked them NOT to valet it because I was way too embarrassed.” 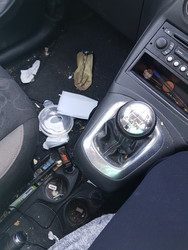 Samantha Devine confessed that her busy schedule is the reason for her car being messy: “Life really just gets in the way. I have a full time job as a social worker which as you can imagine, gets a bit hectic on occasion. I have two teenage children who are not particularly helpful and a hubby who is a total workaholic and is not really a car person. I did promise when I got this car that I would keep is clean – I did for the first month (I promise).” 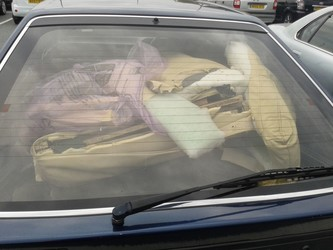 For Leah Finch it was her friend’s car that left her shell shocked, explaining: “I was meeting my friend in a car park, we were shopping for her new flat. This is the site that greeted me. I asked if she was going to tip, and she just shrugged and said it was always like that. I just HAD to take a picture.” 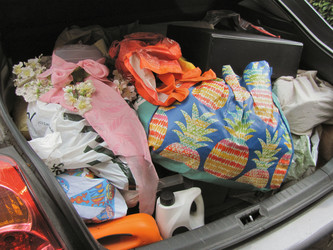 For Brian Harrington in Newbury, the reason for his car being a mess was not his fault at all! “I was helping to clear out my parents-in-laws house, it’s the only time my car hasn’t been spick and span!”