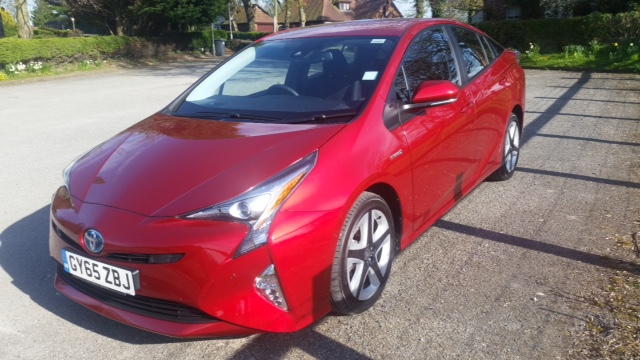 The world’s best selling hybrid, the Toyota Prius has just been revamped. Launched back in 1997, the car offered us ground-breaking technology – but now that most manufacturers offer a hybrid model, the new “fourth generation” Prius has even more improvements as Toyota strive to keep their lead in the market. Keep reading for our all new Toyota Prius review!

Thanks to its low running costs and proven reliability, the Prius has always appealed to both fleet and private buyers. However, the fairly lacklustre driving appeal of the previous model an the ever improving efficiency of diesel engines meant that the Prius lost its edge in the market. Thankfully, its all-new chassis has made the car far more agile to drive with much improved handling, light steering and decent brakes. The redevelopment of its petrol-electric hybrid powertrain also means that the car is quieter to drive, more fuel efficient and even more environmentally friendly. As with all Toyotas, the Prius is supplied with a five year, 100,000 mile warranty. 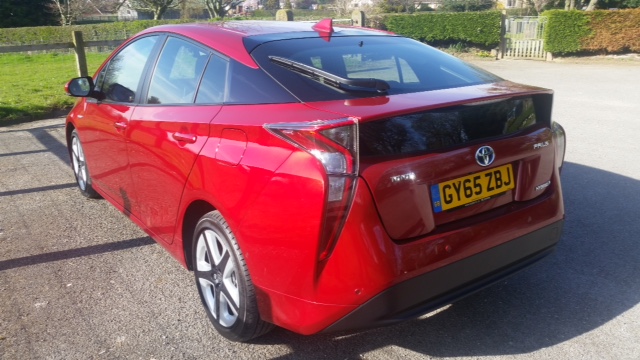 The new styling will catch most people’s eyes. The exterior has certainly been modernised, with distinctive and aerodynamic styling. As a result, Toyota claim that the new Prius has the lowest drag co-efficiency in its class which lowers both fuel consumption and wind noise. Inside the car, there is plenty of room and the new dashboard design further improves cabin space. The updated touchscreen infotainment system offers plenty of information including navigation, the status of the hybrid powertrain, plus the stereo and telephone systems.

Upon starting the car, the Prius is eerily silent in full electric mode, and when the petrol motor kicks in, it does so seamlessly and with little noise. Compared to the previous model, this all new Toyota Prius immediately feels more sophisticated – the engine revs less with its new transmission, the car feels much smoother overall and the car has a higher quality feel than before. Equipment levels are high on all versions – the “Business Edition Plus” model that I’ve been driving had touch-screen navigation, a wireless phone charger, LED headlamps, a full-colour head-up display, 17″ alloy wheels and much more. Even more equipment is available on the Excel version.

The all new Toyota Prius can be leased from as little as £230 + VAT per month (click here for more information). For a company car driver, the CO2emissions of just 70g/km mean that the Prius will be a winner when calculating Benefit in Kind too. 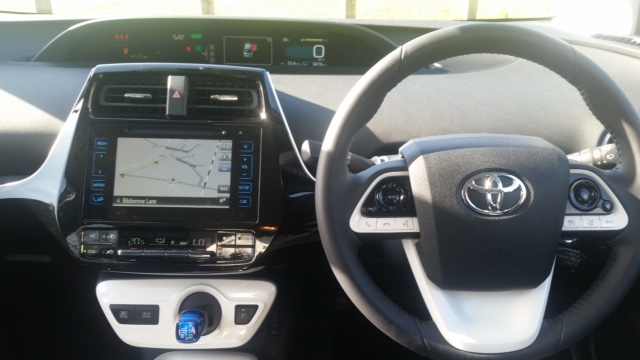