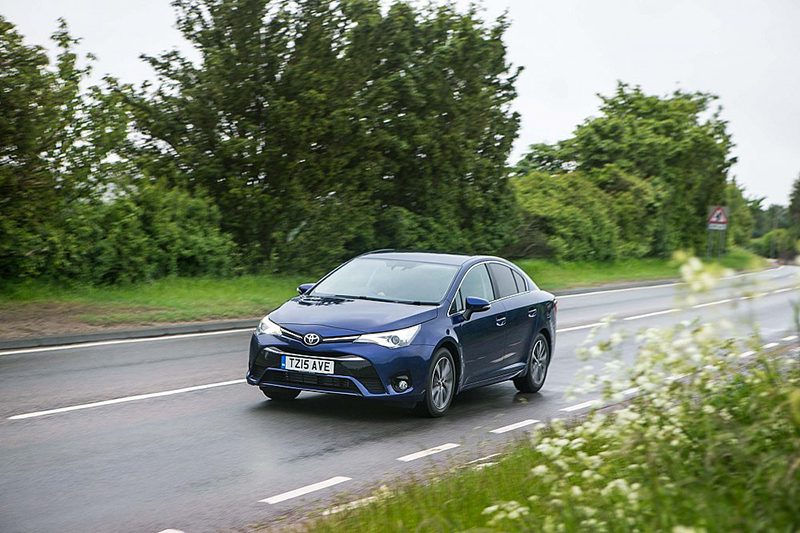 You wouldn’t think that the Toyota Avensis is such a success for British manufacturing: it’s built in Toyota’s factory in Derbyshire and exported to 47 different countries, including Japan. Since launch in 1997 it’s regularly evolved with updated styling, more equipment and cleaner engines.

A massive 87% of UK sales are to the fleet market. With so many people choosing the Avensis as their company car, Toyota have ensured that it remains as popular as ever with their latest updates for 2015/16. Extensive visual changes with new bumpers and lights, new alloy wheels and LED running lights distinguish the car from the previous model, although it’s still clearly an Avensis. A significant advancement is the introduction of a pair of new, BMW-derived diesel engines: a 1.6 litre replaces the old 2 litre, and a brand new 2 litre replaces the old 2.2 litre.

I’ve been driving the all new 1.6 litre D-4D Business Edition Plus. It’s very well equipped with 17″ alloys, privacy glass, LED headlamps, climate control, Bluetooth, and Toyota’s Touch 2 Multimedia and Navigation system. Toyota also included their Safety Sense active safety tech as standard on the Avensis. The Business Editions include a pre-collision system that uses a camera and laser to detect vehicles in the road ahead and intervenes with audio and visual warnings together with automatic brake assistance if necessary. In addition the Safety Sense system monitors road signs and displays speed limits and overtaking restrictions on the dashboard display. Lane Departure Alert and Automatic High Beam Assist are also part of the package. Not only does this intelligent tech make the car much safer, but it also means the new Toyota Avensis is cheaper to insure! 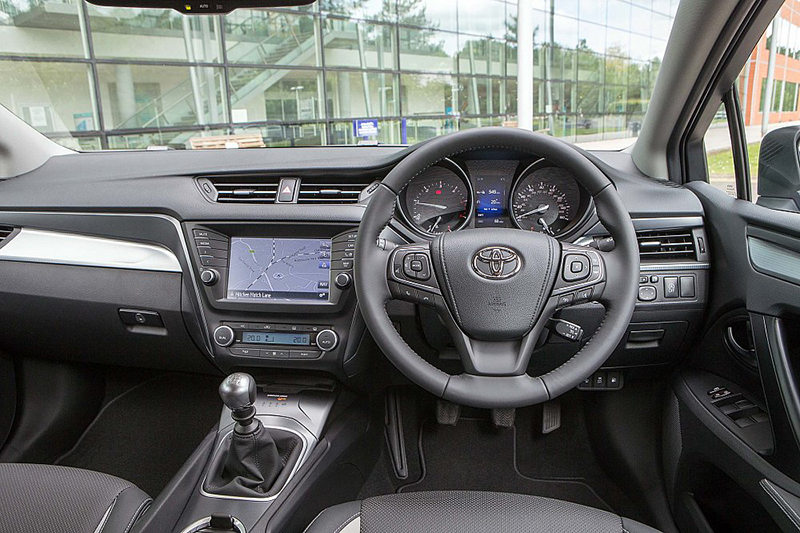 So it’s safe and well equipped, but what’s it like to drive? This 1.6 has 110bhp, acceptable performance and is nicely refined on a cruise. As a car targeted at business users, this model has been designed to sit on the motorway all day long, and is quiet and refined on a cruise with little road or wind noise at speed. If performance is what you’re after, then the 2 litre big brother will give you that extra ooomph and flexibility.

Is the Toyota Avensis worth considering? It’s spacious, safe, well equipped, and cruises well. With Toyota’s reassuring five year warranty, long-term running costs should be low too. If you’re after leasing one, you’ll find them under £150+VAT for the Business Edition (click here), so you’d be a fool not to snap these up.