London to Embrace the Toyota Mirai 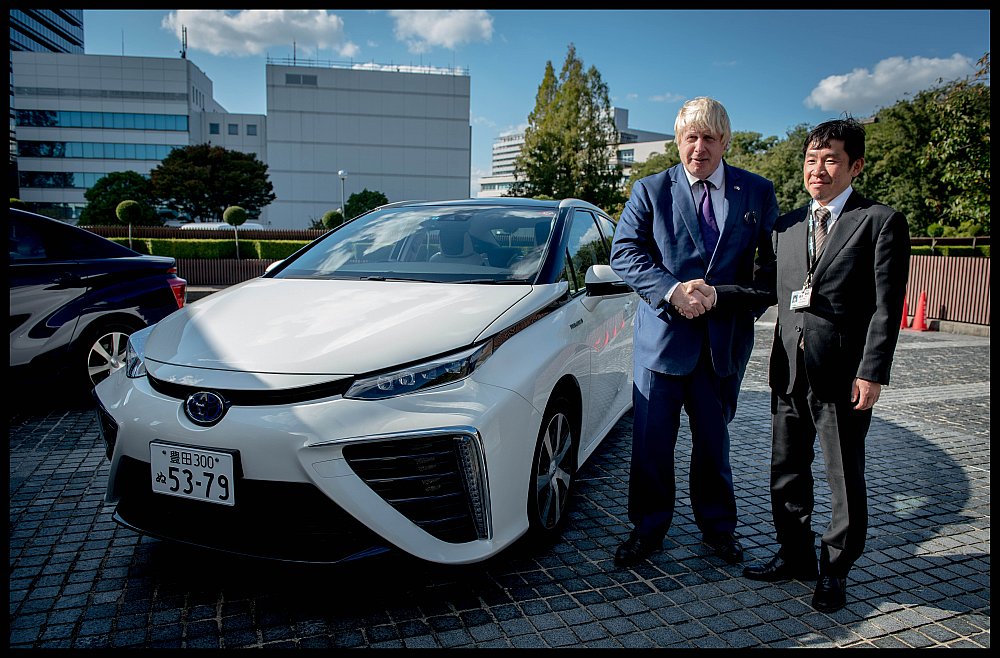 Mayor of London, Boris Johnson has welcomed the all new, Hydrogen powered Toyota Mirai (the world’s first Hydrogen saloon) to London as part of the work to be a pioneer in using clean technology within the capital’s infrastructure. Last week Johnson visited Toyota’s HQ and took the Mirai for a spin himself.

It is fantastic that London will benefit from these new state-of-the-art hydrogen vehicles. By embracing this technology of the future, we aim to consolidate hydrogen’s role as a practical alternative fuel for the 21st century and beyond. I am sure that Transport for London will provide the ideal environment for us to see everything Mirai can do and, in doing so, take another great step towards improving air quality in our city and protecting the health of Londoners.

Transport for London see the Toyota Mirai as a big opportunity to improve and develop clean tech and hydrogen-based infrastructure, and as key steps towards the wider adoption of the technology.