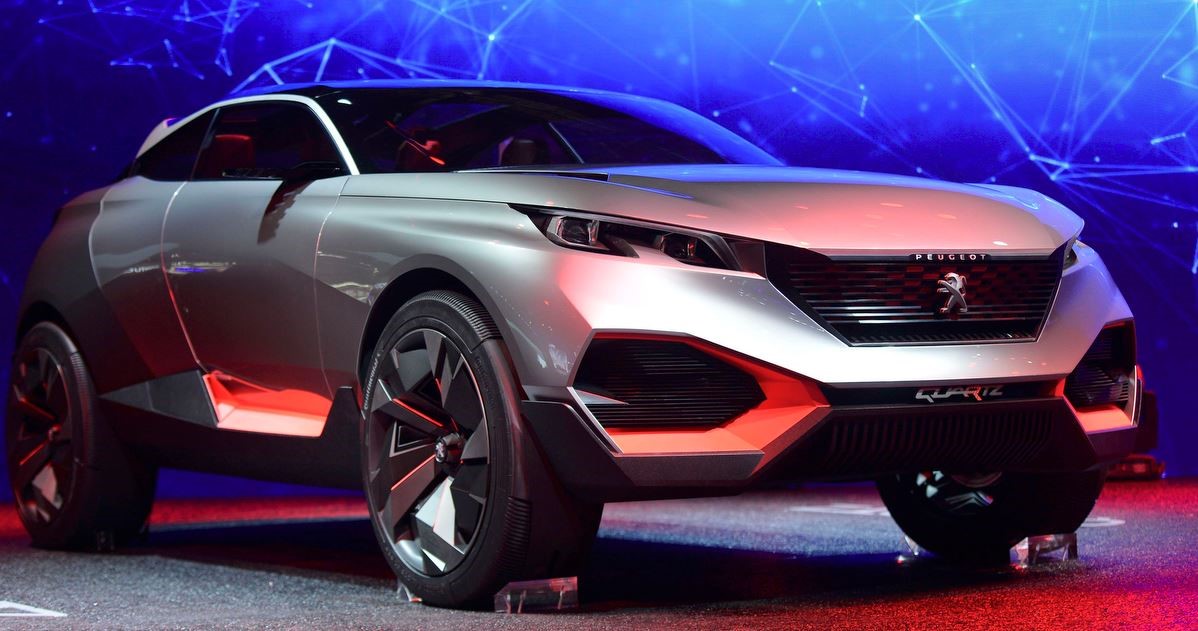 Talk in UK Carline headquarters this monthly has focused almost solely on the Paris motor show. There were plenty of reveals and juicy information dished out at the show, sending the industry into a frenzy of excitement. One eye catching reveal in particular was the Peugeot Quartz concept.

The car looked different, to say the least. With a sharp, rugged appearance that perfectly fuses with smooth curves, you couldn’t be blamed for thinking the Quartz was something off the set of a Hollywood movie set in the future!

But don’t make the mistake of thinking it was simply a concept because the boss of Peugeot, Maxime Picat, came out and said that the rugged look is likely to be put to use for future crossovers such as the 3008 and 5008:

“We want these types of cars to appear less soft and to be more expressive. The 3008 has been a sales success in many markets, for instance, but there is a consideration that it might have been more successful if it had looked like even more of an SUV.”

Peugeot have already found success in China stemming from the aforementioned new look, making it very likely that a similar look will be adapted for European markets in an effort to boost sales.

With all that said, we can’t wait to see what the next-gen 3008 will look like. It’s set to release in 2016 and if the Peugeot Quartz is anything to go by it could play a major role in influencing the direction that automobile design is travelling in.