Faster, Harder, Stronger, Better: The Most Powerful Golf GTI Yet 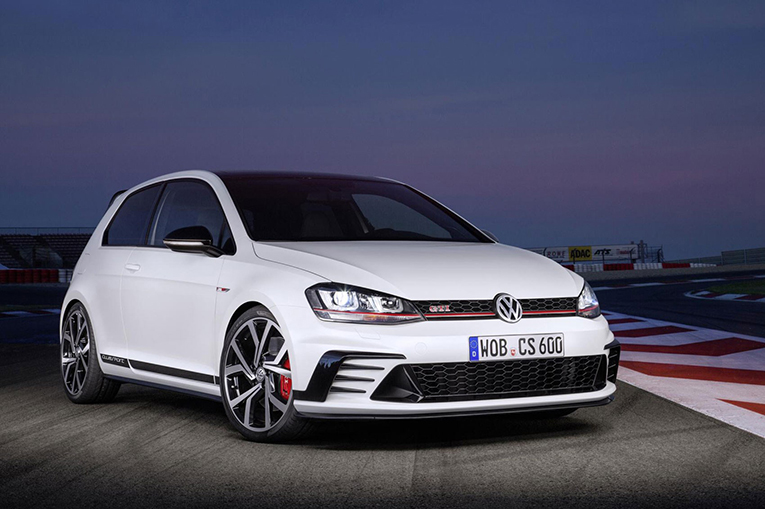 Say hello to the 40th anniversary special edition VW Golf GTI Clubsport, set for release in 2016. This is the most powerful production Golf GTI yet, with a whopping 286bhp where it counts.

It’s being built to celebrate the 40th anniversary of the GTI name. The Golf is regarded as one of the originals responsible for the hot-hatch boom in the late 70s and early 80s, and still sets the market standard with its 7th generation today.

How fast is it? It uses the same 2.0 litre turbocharged petrol engine found in the standard GTI, only the power has had a boost from the regular GTI’s 217bhp to a serious 261. 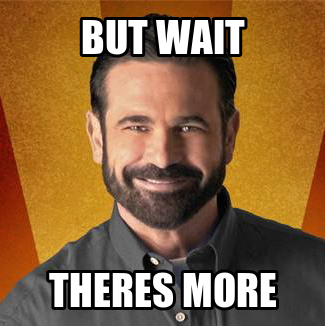 Not enough? push the throttle bast the kickdown stop and you’ll get a hefty 10 second boost to 286bhp.

VW haven’t revealed how much torque output you’ll get, but you can expect an increase over the standard GTI’s 350Nm. As with any GTI, you’ll be able to lease either a six-speed manual or dual-clutch DSG gearbox. It’ll get you from 0-62 in 5.9 seconds with the DSG, or just over 6 in manual. 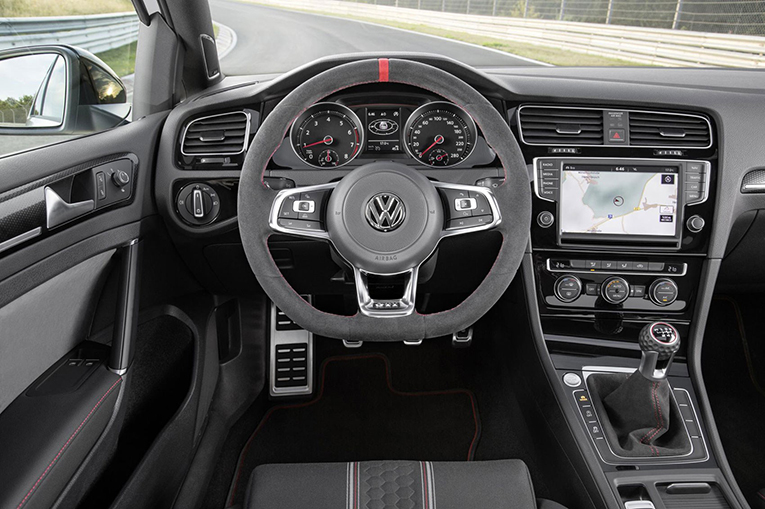 Lovely Alacantra interior, with plenty of toys as standard.

It’s not the fastest Golf you can get, however. The big brother R pushes out nearly 300bhp thanks to its four-wheel drive and four cylinder engine. VW even have a 400bhp monster Golf in the pipeline: the Golf R420 Hyperhatch.

Does a Golf take your fancy? It’s one of our most popular cars we have available. Have a peek here.