There’s two types of people in the world: people who love the Citroen C4 Cactus, and people who don’t know they love it yet. You’ve probably been wondering what an open-topped version would look like. 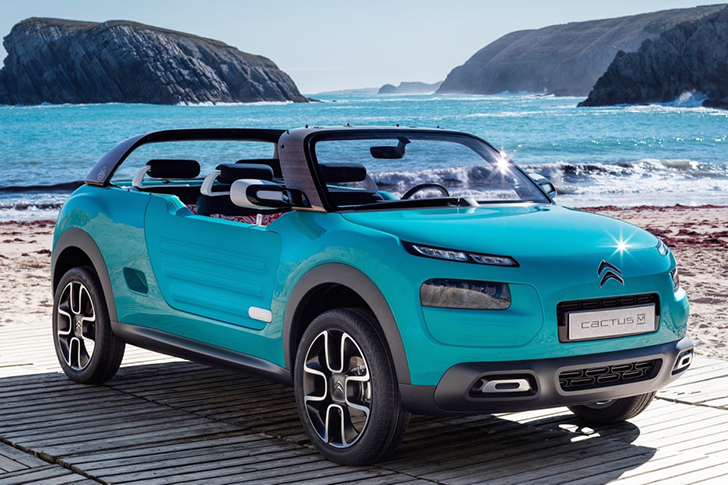 Despite being a Cactus, the Cactus M concept is a permanent open-top car, the roof being a lightweight canvas that also doubles as a tent.

As you can see, the Cactus M retains a lot from the original Cactus, but comes with big redesigns on the doors: now just two of them made out of one piece of moulded plastic to reduce weight. 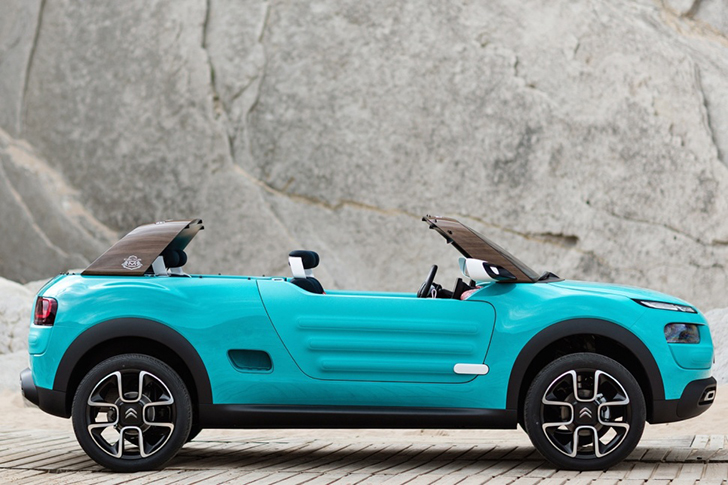 The design clearly has the beach in mind: it’s probably one of the only roofless vehicles with provisions for mounting surfboards. The interior has been modeled on the inside of a speedboat, with the upholstery and dash covered in a neoprene material meant to reference wetsuits – virtually everything is water resistant (the entire cabin can be hosed down and drained through plugs in the floor).

The Cactus M was designed as a tribute to the cult classic Citroen Mehari: a 4×4 soft-top buggy from the 1970s. 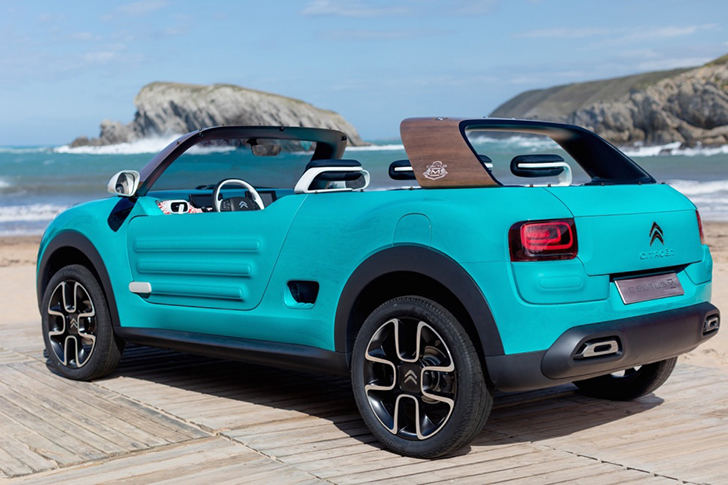 As far as head-turning concepts go, this ticks every box. Will it work in good ol’ Blighty? Maybe not…

« « Cars and Their Faces | Introducing the Range Rover Sentinel » »