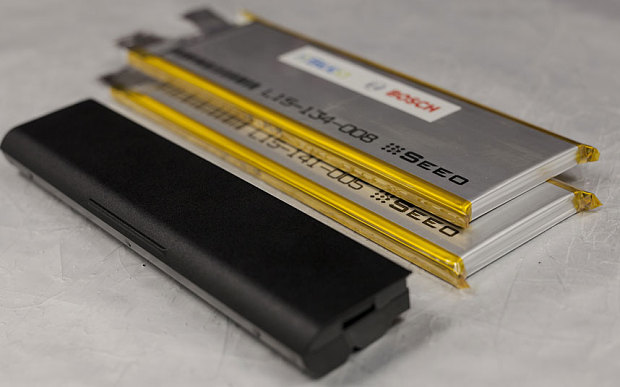 German electronics giants Bosch have acquired a Californian startup called Seeo, and as a result have said they’ll have a new solid-state battery on the market by 2020 that they say will double the range of electric cars at half the cost.

Seeo say they have invented a new way to make lithium batteries without a liquid electrolyte. The batteries won’t need a cooling system, and won’t catch fire the way a regular lithium ion battery can. Seeo also say these cost significantly less to make – for example, the 1,200 pound battery in a Tesla Model S costs $12,000 (about £8,000 in real money).

According to analysts, this kind of new tech could lead to a rise in electric and vehicle hybrid production, especially as emissions rules tighten and demand increases. Reports already predict that by the middle of the next decade more than a third of all new European cars will be electic or plug-in hybrid. If Bosch play their cards right, they’ll dominate the battery production market.