Fleets No Longer Have to Pre-Pay Congestion Charge 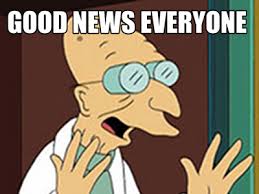 Fleets No Longer Have to Pre-Pay Congestion Charge

From next month, almost 9000(!) businesses will benefit from not having to pre-pay for their estimated use of the London Congestion Charge.

Instead, Fleet Auto Pay accounts will pay for actual use at the end of each monthly period.

Sean Conroy, senior stakeholder partnerships manager at Transport for London said, “Fleets were either under-estimating or over-estimating usage and then always playing catch-up when settling their monthly account. Now their bill at the end of each charging period will reflect actual usage.

”We are in regular dialogue with Fleet Auto Pay account holders, and this was one of the first changes they requested. It is difficult to make changed when in contract so introducing a new service provider was the right time for the enhancement to be made.”

Transport for London announced the change in contract provider last year in January from IBM to Capita – with Capita taking over day-to-day operation late last year.

Head of policy for London at the Freight Transport Association, Natalie Chapman said, “It’s good news for businesses, as it means they only pay for London congestion charge usage and don’t have cash tied up in another organisation’s bank account.”

Fleet Auto Pay customers, once registered, from June will pay monthly in arrears by direct debit.