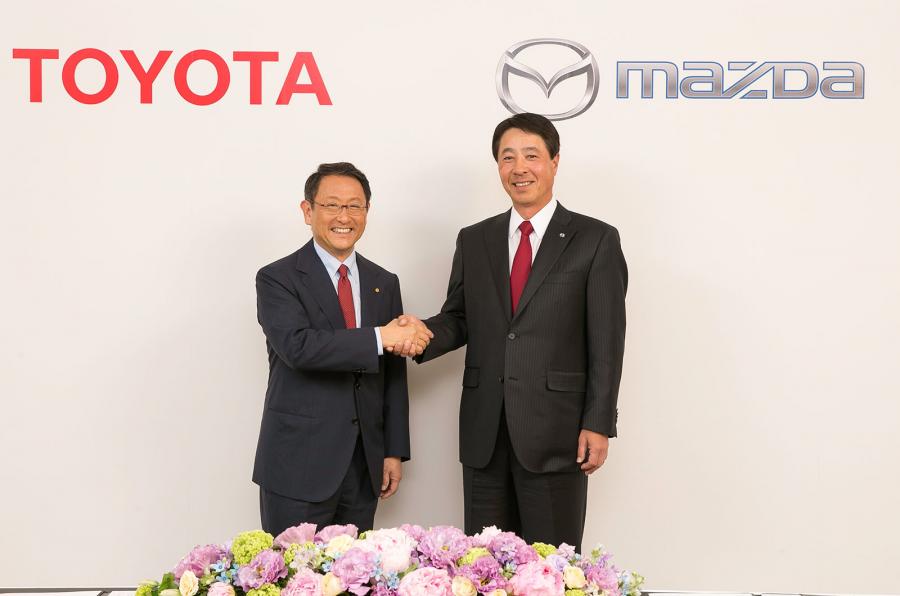 Mazda and Toyota have agreed to a “mutually beneficial long-term partnership” set to see them collaborate on alternative fuel tech and “complement and enhance each other’s products and technologies”.

It’s understood that Toyota will share their fuel cell and plug-in hybrid tech, while Mazda will be supplying its range of Skyactiv petrol and diesel engines – suggesting that in the future anything from the Yaris to the Auris could be powered by Mazda tech, or Mazda could be looking at plug-in hybrid 2s or 3s.

Speaking with Japanese media, president of Toyota Akio Toyoda said, “we are excited to be working with Mazda. This partnership is based on a shared vision and mutual respect. We’ll respect each other’s people, technologies and cultures. We will lead each other towards a better future.”

Masamichi Kogai, Mazda boss added, “I am certain that it will also enable us to offer our customers greater value. I hope that by working together to make cars better, we can raise the value of cars in the eyes of consumers while also enhancing the manufacturing capabilities of our home, Hiroshima, and all the communities we are involved in as well.”