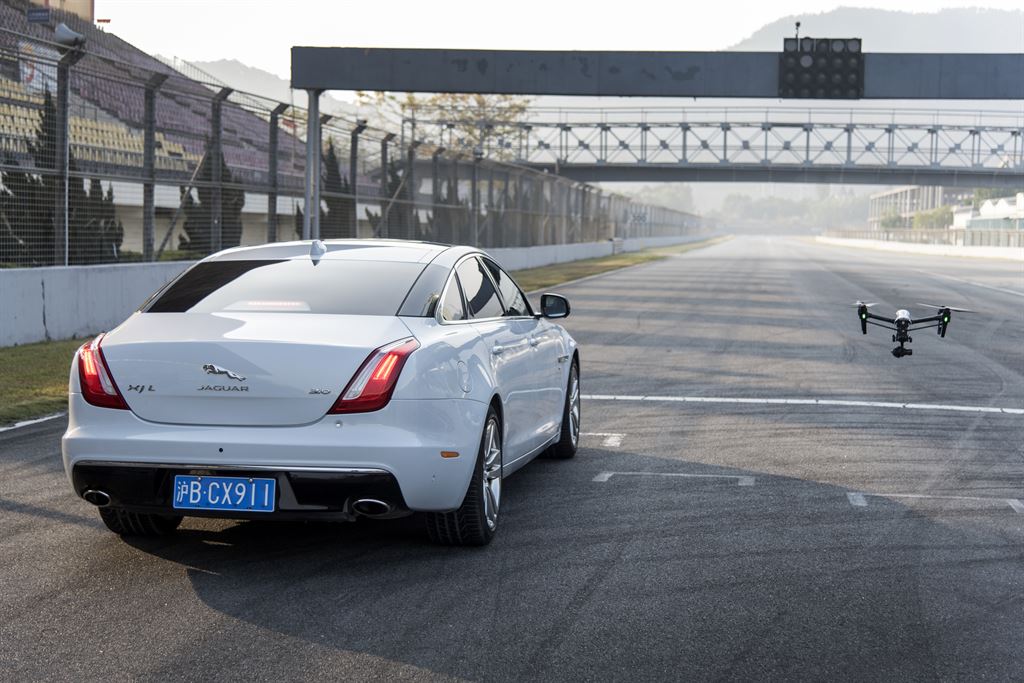 The development of advanced driver assistance systems, such as on board cameras and radar sensors is closely following the developing tech in drones, which are now being used for everything from parcel delivery through to racing.

“Drones are becoming increasingly integrated into society and they can do some amazing things these days, so when Jaguar offered up the XJ and all its technology to go up against one of the world’s top drone pilots, I jumped at the chance.

“The Jaguar XJ is designed for the luxury executive market, but it is still a dynamic drive and very capable in all environments. So this was an exciting challenge to use it in. It was certainly up to the chase, and we found some fun ways to evade the drone!” – Stunt driver Mark Higgins 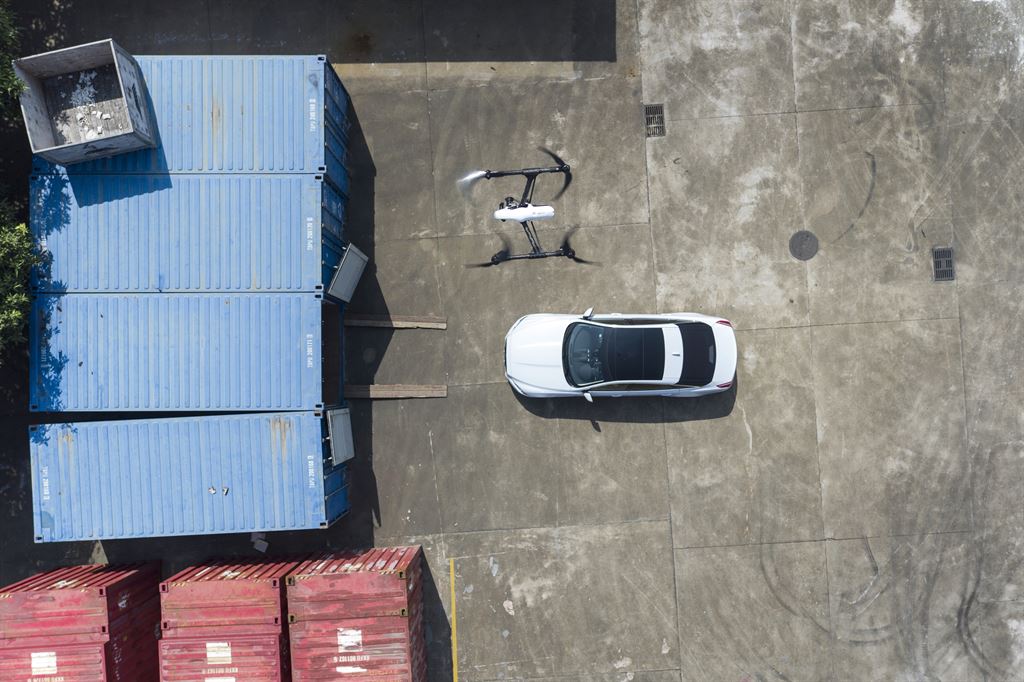 Taking place at Zhuhai International Circuit in China, the challenge saw Higgins trying to shake off the drone in a chase that took them through tree lined boulevards, pit garages, shipping containers and an underground car park. Of course, Higgins and the XJ had no trouble with agility and control during the challenge. Have a watch below:

“Technology plays a significant part in new Jaguar vehicles these days – fron driver assistance systems to telematics and infotainment. This race was an entertaining way to showcase our current technology of 360-degree cameras and sensors on the XJ.

“In everyday situations, cameras and vehicle sensors bring an added reassurance to the driver, making it easier to maneuver and park. Our new systems are all about enhancing the driver experience and making it more relaxing, enjoyable and safe.” – Jaguar Spokesperson, Ian Hoban, Vehicle Line Director