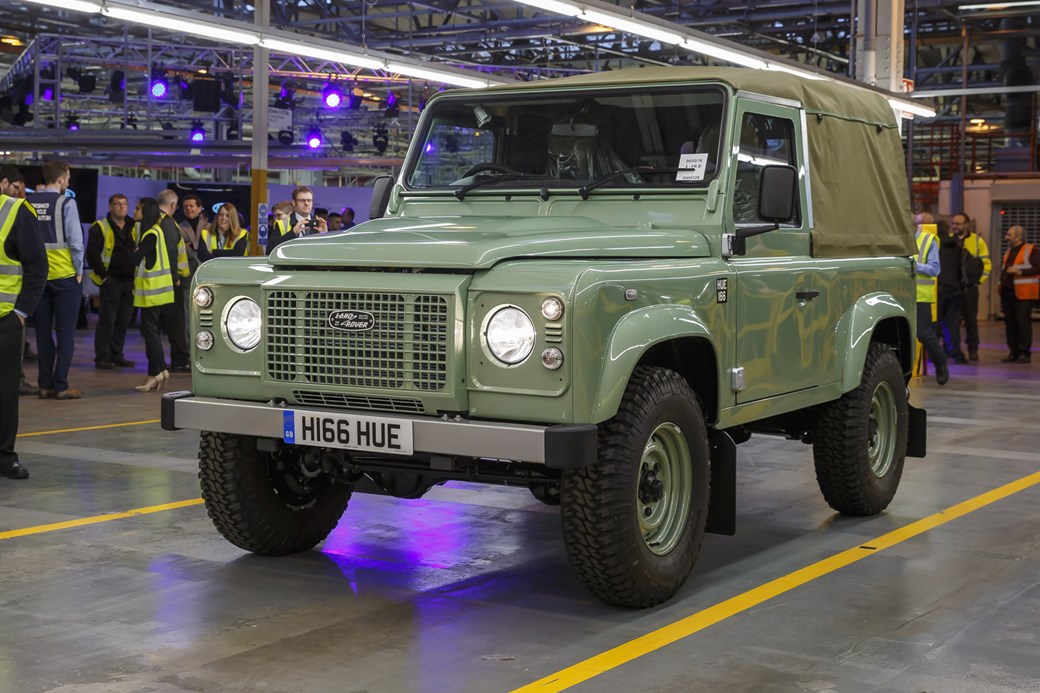 Last week, the last Land Rover Defender rolled off the production line at the famous Solihull facility, both bringing to an end and celebrating 68 years of history.

Marking the occasion, Land Rover invited more than 700 current and former Solihull staff involved in the production of Defenders past and present to see and drive some of the most important vehicles in its history – including the first pre-production Huey Series 1 and the very last vehicle off the production line, a Defender 90 Heritage Soft Top.

Since 1948 the Solihull plant has built a total of 2,016,993 Series Land Rovers and Defenders, and what started as a simple drawing in some sand has gone on to become one of (if not the) most iconic 4x4s – earning the accolade of being the most versatile vehicle on the planet.

“Today we celebrate what generations of men and women have done since the outline for the Land Rover was originally drawn in the sane. The Series Land Rover, now Defender, is the origin of our legendary capability, a vehicle that makes the world a better place, often in some of the most extreme circumstances. There will always be a special place in our hearts for Defender, among all our employees, but this is not the end. We have a glorious past to champion, and a wonderful future to look forward to.” – Dr Ralf Speth, CEO of Jaguar Land Rover 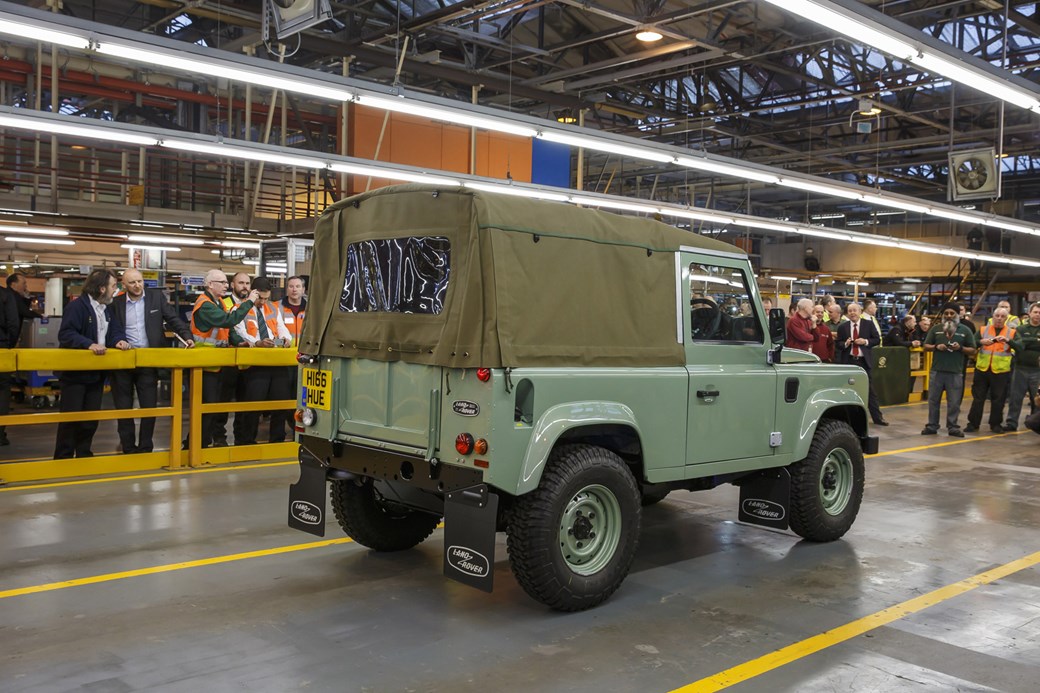 “This is a special day of fond celebration for Jaguar Land Rover. We all have personal memories of Defender. It’s a true motoring icon and is much loved around the world. The world has changed dramatically in the last 68 years, but this vehicle has remained a constant – something no other vehicle can claim. The last of the current Defender models embraces the vehicle’s simplicity, honest and charm – if represents its Series Land Rover heritage. Creating the Defender of tomorrow, a dream for any engineer or designer, is the next exciting chapter and we are looking forward to talking on that challenge.” – Nick Rogers, Group Engineering Director at Jaguar Land Rover

So what does the future hold? Land Rover’s Heritage Restoration programme will see the Defender and Series Land Rover continue at Solihull – a team of experts will lead a project to restore and sell early Series Land Rovers, with the first example set to go on sale this year.