Lexus NX with wheels made from ice 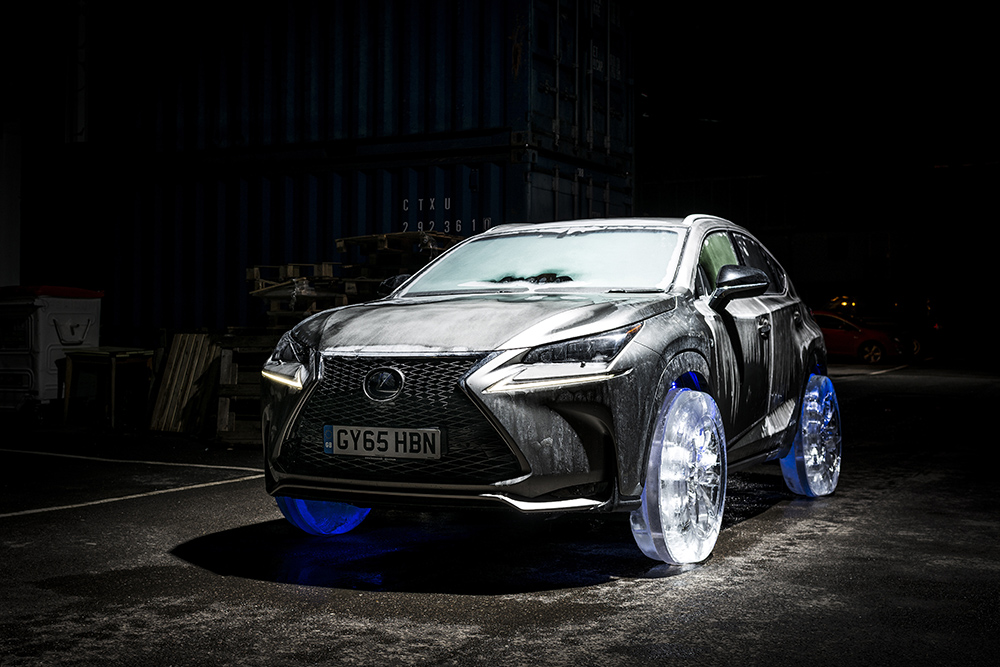 Lexus NX with Wheels Made from Ice

Lexus have been doing plenty of cool things with their cars recently, as they showed with their cardboard IS a few months ago or their prototype hoverboard (that actually hovers). Now they’ve done something similar, but just as impressive to a Lexus RX, with wheels made from ice.

The project was undertaken by Hamilton Ice Sculptors, who scanned NX wheels and tyres, and replicated them using computer design and numerical control techniques. The result was, as Lexus put it, an unprecedented fusing of art and engineering.

The ice wheels themselves were fitted with acrylic spokes to help them support the weight of the NX and the blue LED lights just to make them look more impressive.

“Creating amazing is what Lexus is about. Projects such as our hoverboard, the origami-inspired cardboard car and now a dazzling set of fully functioning ice wheels, demonstrate how we use advanced technologies and the best craftsmanship traditions to achieve outstanding results. That’s not just for eye-catching one-off projects, but for the cars we deliver to our customers, too.” – Richard Balshaw, Lexus Director.