The Kia Niro is the Korean manufacturer’s brand new “hybrid utility vehicle”, and is a huge step forward for their EcoDynamics sub-brand.

This car isn’t an upgrade or re-imagining, it’s entirely new from the ground up. The all new, lightweight chassis and underpinnings were designed to be seamlessly compatible with the 1.6 litre petrol engine with 43hp tractive motor – which gives you a “robust” 146bhp with 195lb/ft of torque, which promises a lot of driving fun.

Along with the Niro, Kia are launching a new feature called Eco-DAS (Driver Assistance System), which comes with a Coasting Guide and Predictive Energy Control – which is going to make your driving even better:

“The Coasting Guide aims at maximising fuel economy by essentially coaching the driver on when to coast and brake. Predictive Energy Control, meanwhile, uses the navigation system and cruise control to anticipate topographical changes on the road ahead and actively manage energy flow, seamlessly determining when its best to recharge the battery and when its best to expend stored energy to optimise overall efficiency.” 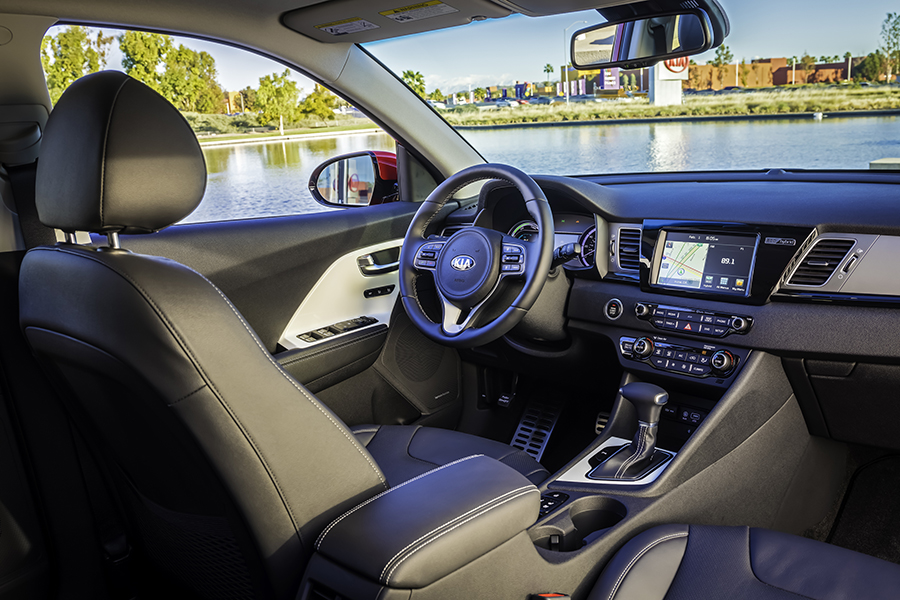 The interior, although we don’t know spec yet looks clean, uncluttered and with plenty of buttons to press. There looks to be a high seating position and plenty of space. The British spec hasn’t been released yet – but it can be expected at some point over the coming year.

Outside, I don’t know about you, but I think it looks great.