Cardboard, “Origami-Inspired” & Drivable Lexus IS… What? 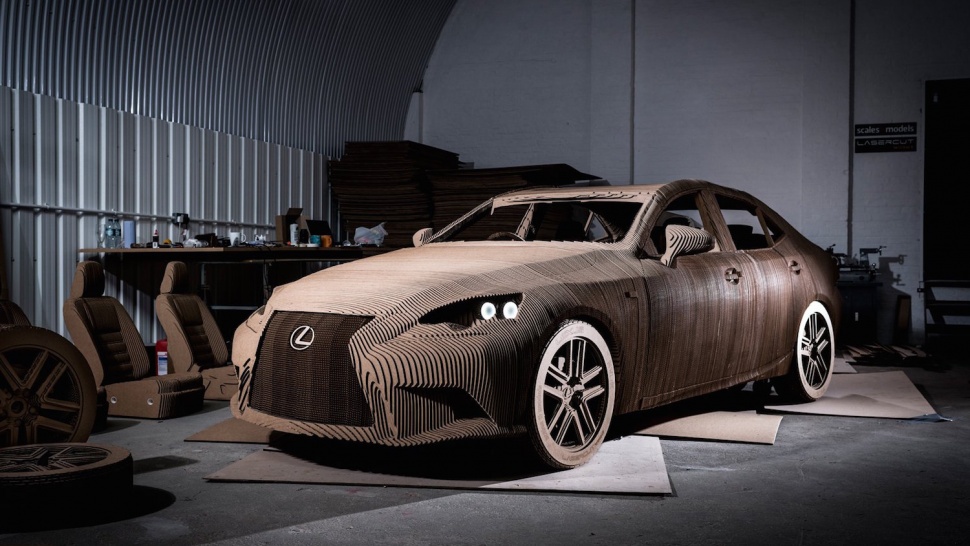 The car was made by creating a 3D virtual model of an existing Lexus IS, and then digitally slicing it up into a series of parts: body, dashboard, seats, wheels etc. These were then cut using a precision laser into 1,700 sheets of cardboard, and glued together over a period of three months.

Of course, it’s not completely cardboard, that would be silly. The body is mounted on a steel and aluminium frame, and is powered by an electric motor – which means you can actually drive it. 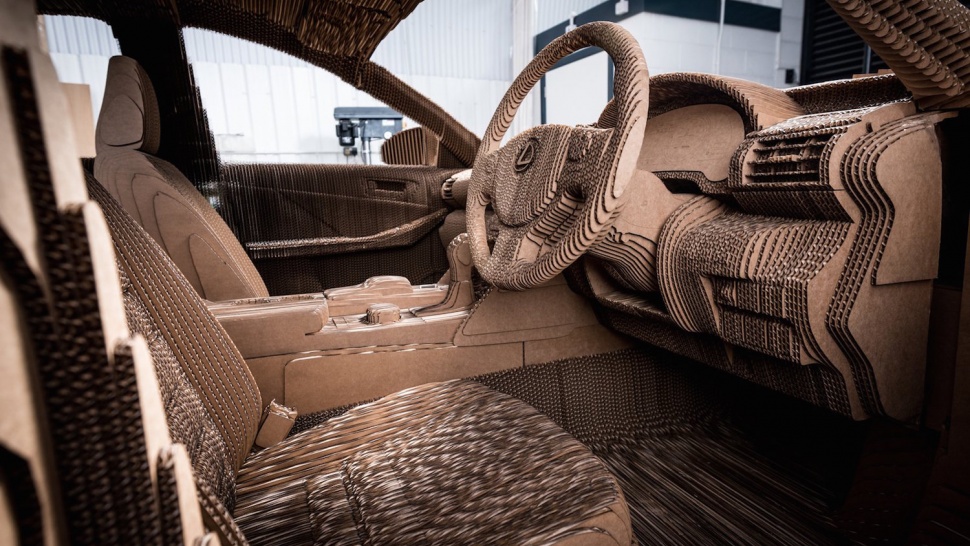 “This was a very demanding job, with five people involved in the digital design, modelling, laser cutting and assembly. The seats took a few attempts to get just right and the wheels required a lot of refining.” – Scales & Models director, Ruben Marcos

The car will be on display at the Grand Designs Live show in Birmingham next week. If you’ve got a few minutes to spare, have a watch of the delightful video of the car’s construction below.