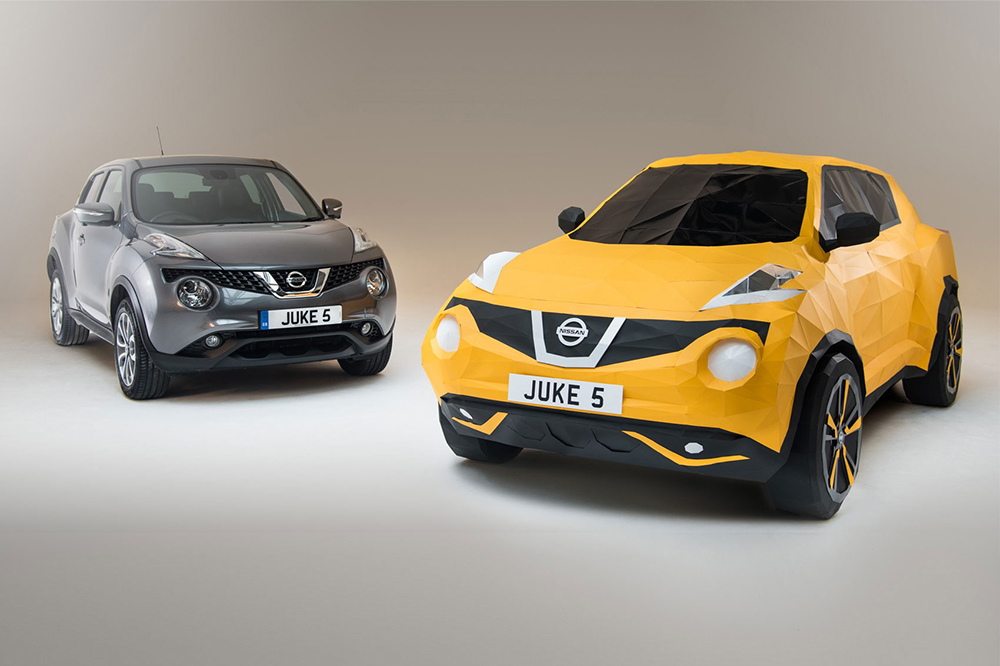 To celebrate the fifth birthday of the Juke, Nissan commissioned artist Owen Gildersleeve to hand build an intricate replica – taking over 200 hours and folding more than 2000 pieces of paper to create the super detailed car.

“This was a great project to work on – hard work but very rewarding. As a celebration piece it draws on so many influences, such as the origami focus inspired by Nissan’s Japanese roots. Using so many individual pieces of paper to create the overall structure also represents the thousands of people who helped bring the Nissan Juke into reality and the thousands who continue to do so right here in the UK.”

Nissan first started selling the Juke back in October 2010, and have since sold more than 150,000 in the UK.