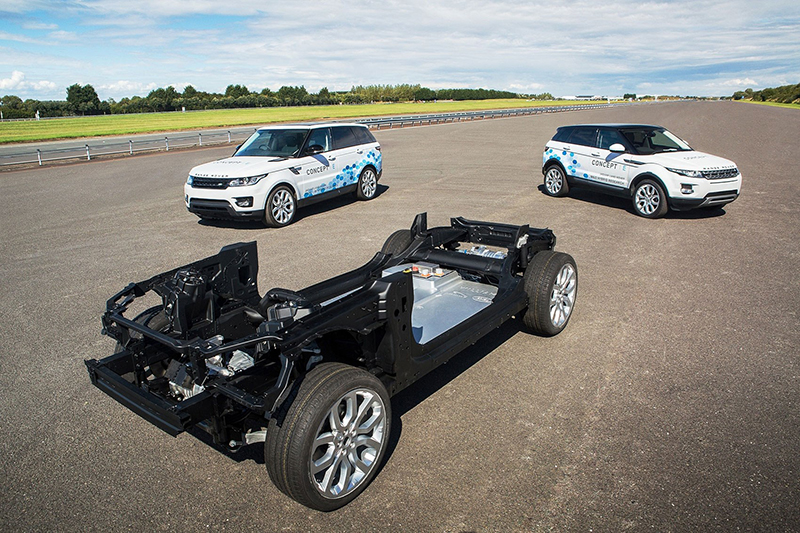 A couple of days ago, Jaguar Land Rover announced three new technology concept cars they’ve had in development for the past couple of years – showing off their new Electric Drive Module at the Cenex Low Carbon Vehicle summit in Bedfordshire. They claim the new tech is twice as powerful as any electric motor-generator in production today.

The first is based on a Range Rover Evoque, and is known as the Concept_e MHEV – pairing a prototype 89bhp diesel engine and a 48V lithium ion battery.

Next is based on the Range Rover Sport: Concept_e PHEV, a plug-in hybrid using a similar setup to the Evoque concept, but with a much larger 320V lithium ion battery and a 296bhp petrol engine./p>

The final Concept_e BEV is a bespoke standalone electric model based on the new Jaguar Land Rover aluminium platform: a 70kWh lithium ion battery powering an 85kW electric motor on the front axle and a 145kW version for the rear.

It’s unlikely we’ll see a production version before 2020, as JLR insist these are just test prototypes. 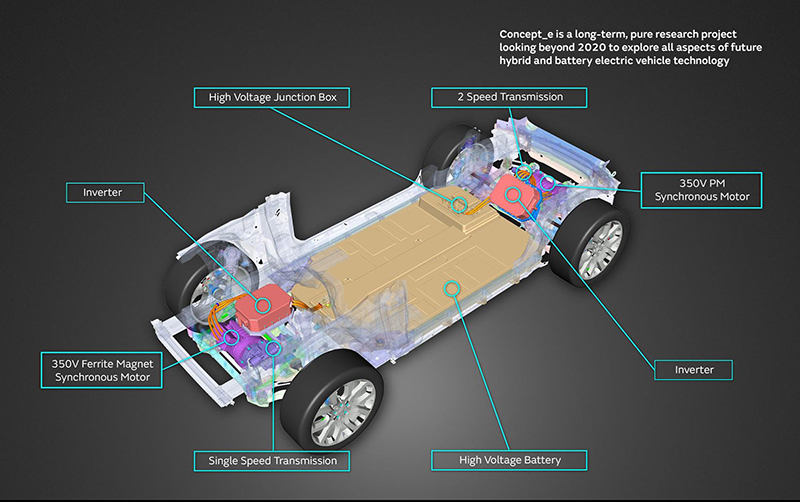 “Our future vision is to continue to reduce emissions and improve fuel efficiency while still delivering the luxury, performance, refinement and comfort our customers expect.” – Dr Wolfgang Epple, head of JLR research & development

In addition to their new concepts, JLR are also developing a whole host of new tech to help trim their emissions: the Warm Air Blanket is a new heating and cooling system designed to halve the energy required to maintain the cabin temperature; and Carbio – a new blend of carbon fibre and flax – said to be a third cheaper than pure carbon fibre and almost a third lighter than aluminium.