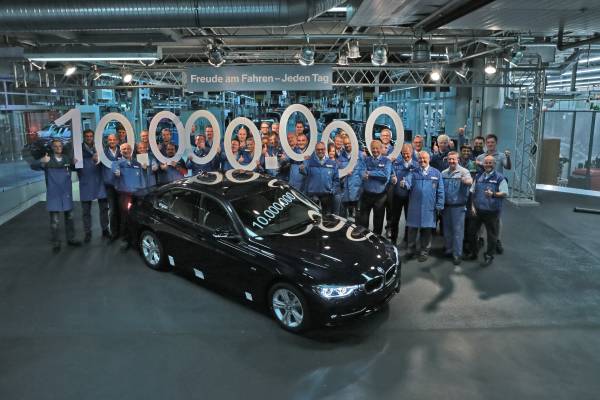 The 10 millionth 3 Series has rolled off the production line in Munich, the latest milestone in the 40 year story of the 3 Series.

“The success story of the BMW 3 Series started here in Plant Munich and is now reaching a very special high point here as well. The fact that this landmark vehicle was produced at our plant is a particular honour for us and makes me very proud indeed of my team” – Plant director Hermann Bohrer

Today, the plant produces upwards of a thousand cars a day, half of which are made up of the 3 Series, and it’s the only plant to have produced all 6 generations of the model since the very first in 1975.

Fancy a 3 Series? We’ve got some great offers here.