Toyota Bring Out Their Toys in Vegas

SEMA is one of the biggest automotive speciality products trade events in the world – and it also gives the big manufacturers the chance to have some real fun with their models and concepts (see the convertible Kia Optima here). Toyota had some real fun this year:

Back To The Future Mirai

The hydrogen powered Mirai was only released a few weeks ago – but MV Designz have already gotten their customising mits on one, giving it a Back to the Future inspired makeover including gullwing doors and flux capacitor. 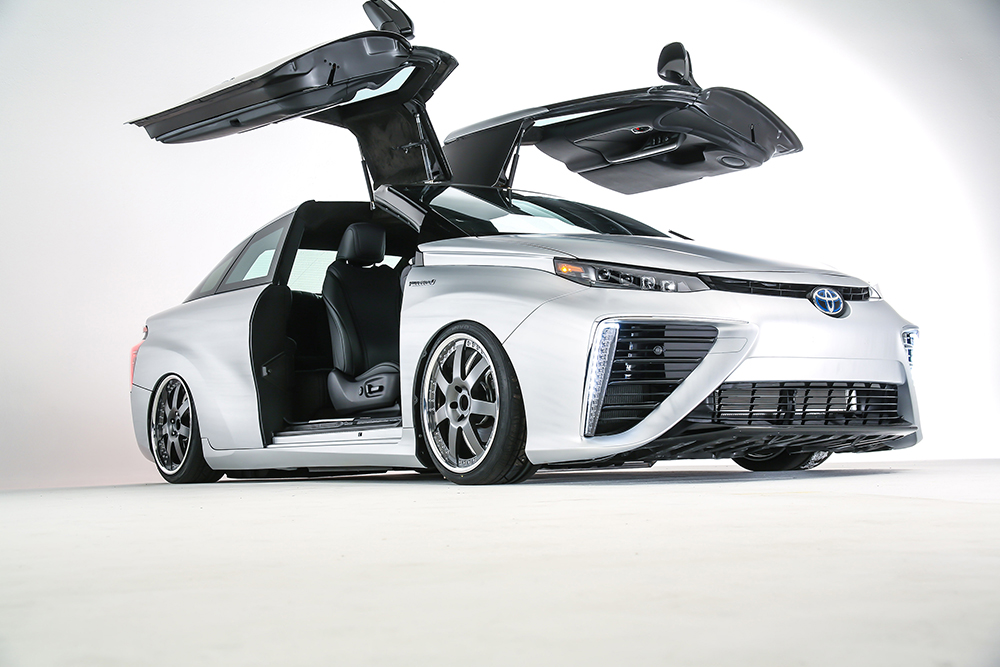 This takes the American Toyota 4Runner and turns it into a full sized, working version of the Tonka toy – including V6 engine, Bulletproof suspension lift kit, 20″ Colossus wheels and a roof-mounted pop-up tent. 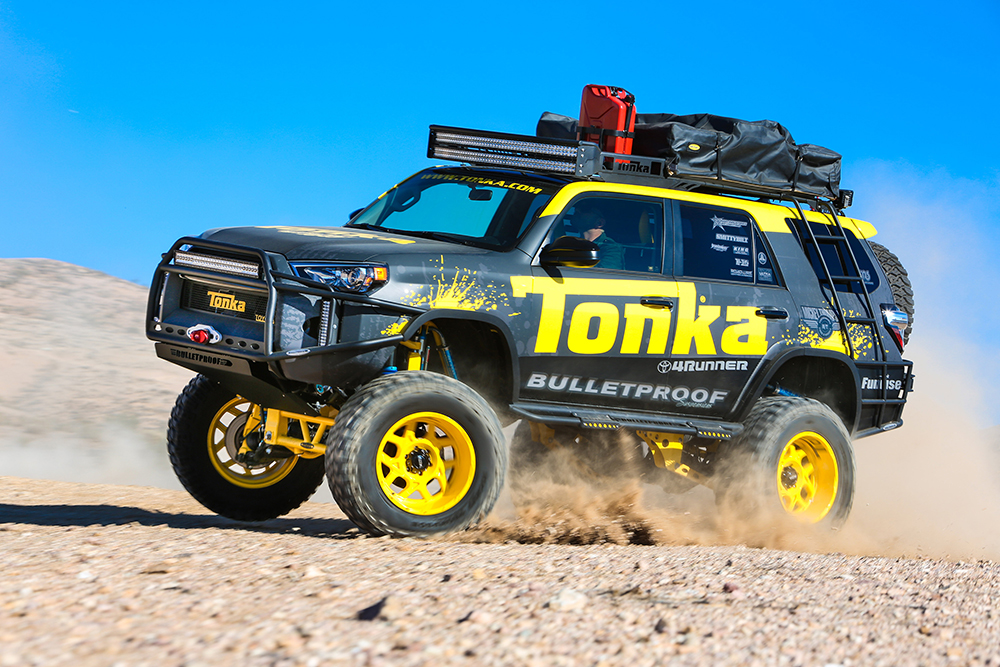 Americans like their pickups, and they like them bigger. The Tundrasine Concept turns the Toyota Tundra pickup into an eight door stretch limousine – measuring in at 26 feet and with a luxury interior based on the cabin of a luxury jet. 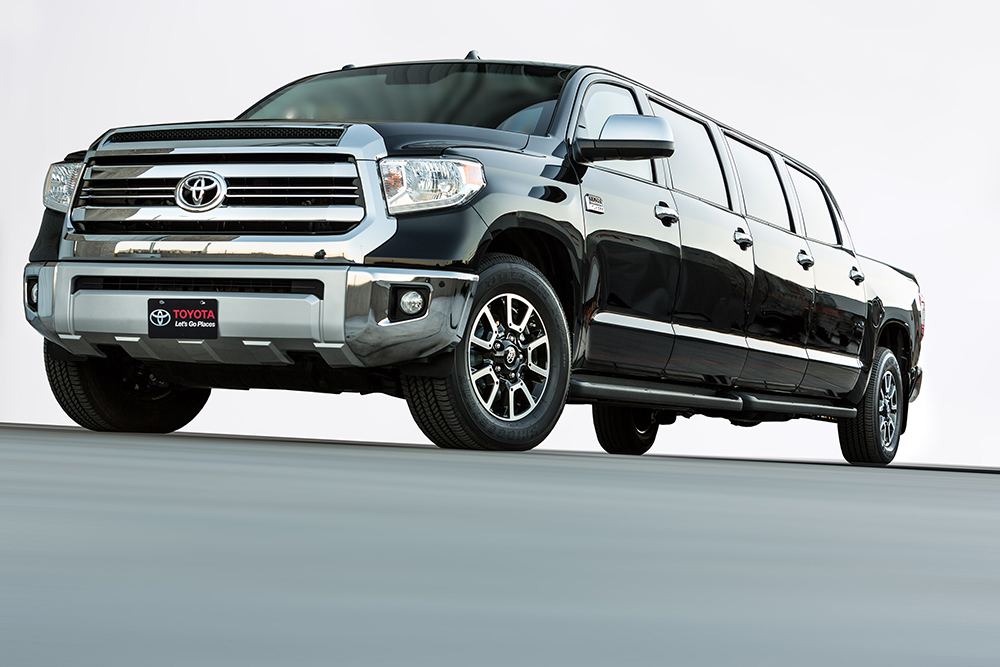