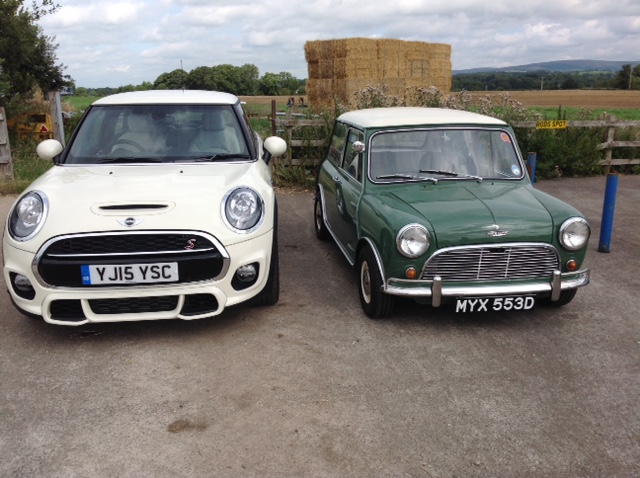 The modern Mini Cooper S with its 1966 Dad

The Mini is 56 years old this year. It’s evolved over the years but it’s still as popular as ever.

Now available as a three door, five door, Clubman, Clubvan, Paceman coupe and with a variety of petrol and diesel engines there is more choice than ever. With so many options available to personalise each car this is a model that you can really make truly your own. Perhaps there’s a model for everyone.

I’ve recently been driving the three door 2.0D Cooper S. The turbocharged two-litre engine propels this version to 62mph in just over seven seconds and where permitted has a top speed of 140mph. With a slick six-speed manual gearbox, the car pulls well in every gear and is great fun to drive.

With regard to equipment, mine had a cracking digital stereo, navigation, leather sports seats and climate control. The fit and finish inside is very high quality with lots of quirky features such as the red toggle-switch stop/start button and the changeable mood lighting.

Parked next to one of the original models, the latest Mini looks so much larger. The current model is 10cm longer than the previous model which, in turn, was 7cm longer than its predecessor. However, even with clever packaging, the rear seat is a little cramped and the boot isn’t the largest. With its black headlining and upright windscreen, the driving position can also feel a little claustrophobic by modern standards.

But let’s not forget this is a Mini. It’s not built to be the most spacious car. It’s designed to be fun, stylish and individual. Does it tick those boxes? Absolutely. With fuel consumption of over 50 miles per gallon and with most maintenance costs covered by the optional TLC pack it’s also cheap to run. With monthly lease rates from just £155+VAT, the running costs are pretty ‘Mini-mal’ all round…!

No wonder this model is still doing well after 56 years. 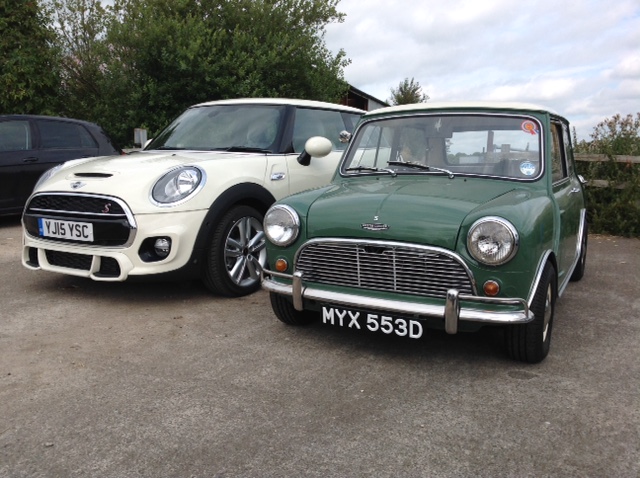 Against: Cramped in the rear (but the five door is more spacious)