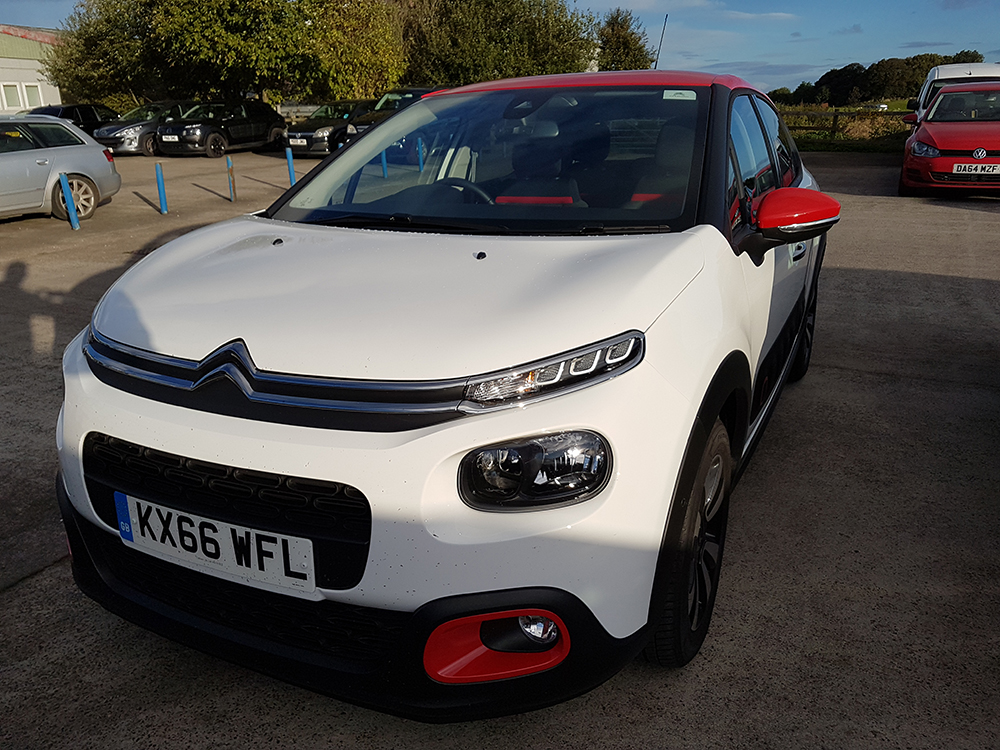 The all new Citroen C3 recently launched at the Paris Motorshow, and will go on sale in the UK in early 2017. We were fortunate enough to get our hands on one of the first in the UK for a quick drive a few months before its launch.

First off, the new model looks great! At first glance it looks like a larger, five door DS3 with its optional contrast colour roof. It’s packed with tech, including integrated dash-cam (with an accompanying app – but more on that later), and takes features from the C4 Cactus with AirBumps on the side doors. Is the new Citroen C3 going to stand out in the already competitive market against the Fiesta and Corsa? Most definitely.

In addition to the AirBumps (protective plastic cushions on the doors), the new C3’s exterior incorporates elements of other Citroens, such as the Picasso’s distinctive lights, and rear lamps from the funky C1. The car will be offered with nine exterior colours and three contrast colours for the roof, mirrors and AirBumps – Citroen claim that this will offer 36 different combinations to ensure that each will stand out from the crowd. 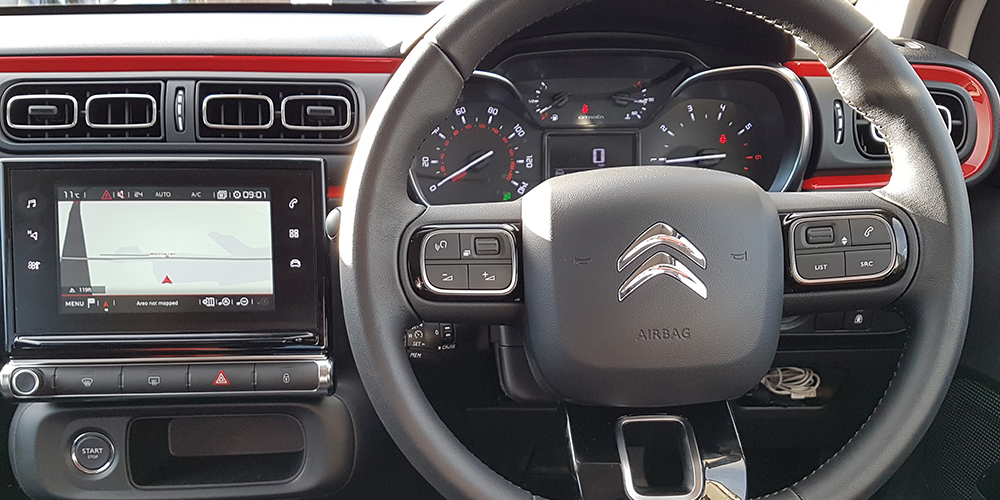 The interior is spacious and very similar to the C4 Cactus – very distinctive with a variety of colours and finishes available. The dashboard is dominated by a 7″ touchscreen that operates the navigation, stereo, air conditioning and more. A new feature on the new C3 is the integrated dash-cam that lets you download your journey onto your phone using Citroen’s ConnectedCAM app. This system will also automatically store 20 seconds of footage prior to an accident, which could be valuable information. The ConnectedCAM app is easy to use and set up, and has a nice logical layout. It also has a very useful Find My Car section, which we found accurate up to about 30 yards.

The range starts from £10,995 for the entry level Touch model. We drove a three-cylinder 1.2 litre petrol in Flair trim, starting at £14,795. In addition to the equipment already listed above, the Flair has in-car WiFi, a reversing camera and blind spot monitoring. The car has a punchy performance, compliant suspension, low-levels of road noise and has a great driving position. With an airy interior, plenty of storage and comfy seats, the new C3 has a feeling of driving something much bigger.

The new Citroen C3 will be great value for money when it’s launched, and from experience the lease rates will make it very affordable car. Watch out, Ford and Vauxhall, this new model means business.

For: Fresh design, fun to drive, loads of tech

Against: Nothing at all!