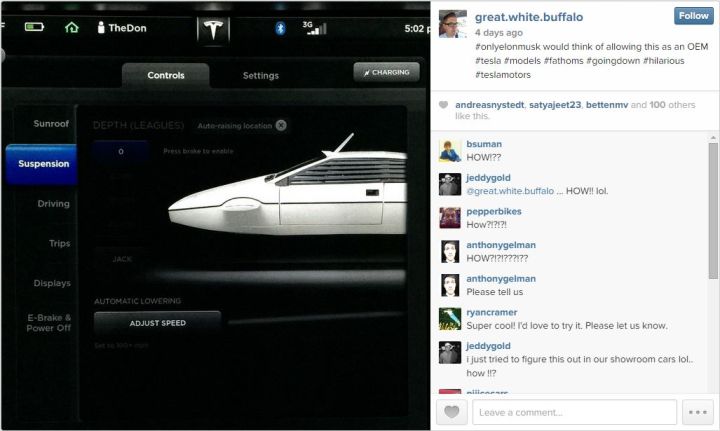 Tesla owners have discovered a secret Easter egg that should keep James Bond fans happy: messing with the settings will change the on-screen display car into the submersible Lotus Esprit from The Spy Who Loved Me.

It’s fairly well known that Tesla founder Elon Musk bought the custom built Esprit sub from the film in 2013, and has expressed interest in rebuilding it so it can actually change from a car into a submarine. For now, this will have to do.