So Jeremy’s gone, but we’re not here to talk about that. Of all of the hilarious, engaging, and informative Top Gear segments, we’ve picked out our favourites. Enjoy:

Remember when Top Gear tried to destroy a Hilux? They set it on fire, left it in the sea overnight, and even demolished a building on it. The Hilux still survived and came back for more. The Hilux was impressive, and Jeremy was equally as impressive: this (I feel) was the segment when the new format of Top Gear really came into its own – the script, the shots. It was magical and entertaining television.

Proving the Toyota Hilux indestructible, Jeremy chose it as the basis for his amphibious car up against Hammond’s Dampervan, and May’s Triumph Herald in a challenge to cross a two mile reservoir.

The Toybota sank at the very end. Ambitious, but rubbish.

A Top Gear staple segment is ambitious but rubbish, but every now and again an amazing gem comes along: such as when Jeremy and James drove (the first people ever to do so), full of gin, to the magnetic North Pole in a modified Hilux. If you can find the episode on iPlayer, watch it. You won’t regret it.

But do you lease the Toyota Hilux, UK Carline? Of course we supply the Hilux! Click here.

The Hammerhead Eagle I-Thrust was the second electric car that the team made in the Electric Car Challenge. It’s a modified TVR Chimaera – combined with a shed, a diesel generator, and a sprung push-bar in case of accidents. Furthermore, it was completely road legal.

The car was thoroughly tested by Autocar, who said it had awful braking, handling, and was the worst designed car ever made – “It’s impossible to regard the i-Thrust as a success.” It currently resides in the National Motor Museum, Beaulieu.

We don’t have words, only a video (and lease deals, of course!):

The boys were given a challenge to build a motorhome: James put a tent on a Lotus Excel, Hammond put a country cottage on a Land Rover, and Jeremy built a 3 story Bauhaus-inspired bachelor pad on the back of a Citroen CX.

Challenges included driving to a camp ground in Cornwall, getting changed, sleeping, using “facilities”, and cooking a meal.

In a classic Top Gear comedy gold moment, James “accidentally” sent the CX over a cliff.

The conclusion? Ambitious but rubbish.

Remember that time Top Gear turned a Ford Transit into a hovercraft? What could possibly go wrong? 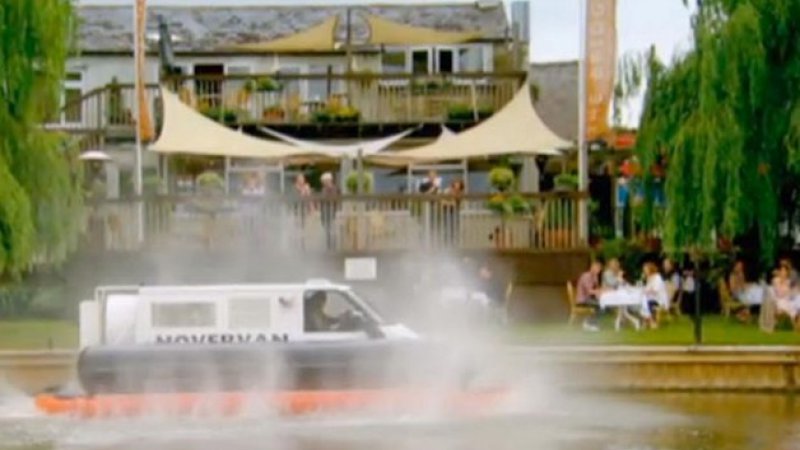 Attempt two was much more successful, if you ignore the trail of destruction the team left behind and soaked bystanders. The Hovervan itself was based on a Ford Transit (shamelessly available in non-hovercraft form for lease here), modified with motorcycle engines and skirts to keep it afloat.

MkII floated successfully, but met its end when Jeremy took a wrong turn and burned the engines out trying to turn back. 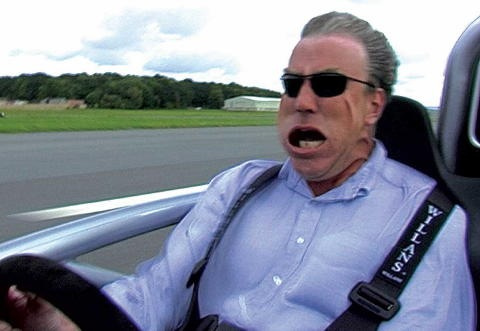 The teenage car challenge, when Richard and Jeremy put a techno mix on James’ massive stereo, glue the buttons, put the volume on max then remove the knob and take the remote.

Even the little things can be hilarious…

Okay, so that was nine moments.